The Prehistoric Era – Meet a sixty-foot-long, 50-million-year-old whale, called the Zeuglodon, who lived in the shallow ocean that once covered the land that became Essex County.

The Rappahannock Tribe – The “People of the Tidal Water” as their name translates, lived and hunted in the woodlands along the life-sustaining river, hundreds of years before the English arrived.

English Colony, 17th and 18th Centuries – Ancient forests gave way to roads, tobacco fields and the port of Tappahannock, as the colonists established homes and roads and ultimately a brand-new nation.

Rise of Old Essex, 19th Century – The influence of prominent Essex statesmen and leaders spread to the state capital in Richmond and beyond, only to be brought to ruin by a devastating Civil War.

20th Century Trends – The coming of the automobile and improved roads and businesses brought the first bridge across the Rappahannock, as Essex citizens responded to two World Wars.

African American Pathways – The first enslaved people arrived in the 1600s and became an essential core of the workforce that built Essex; upon their liberation at the close of the Civil War, they built churches and schools that further enriched the life and traditions of the county.

U.S.S. Tappahannock – A scale model of the 520-foot-long fleet oiler, naval uniforms and artifacts tell the story of the globe-roaming ship from its launch during World War II to its final years of service during the Viet Nam War.

Fort Lowry and the Collapse of the Confederacy – Essex County’s participation in the Civil War is recalled with a model of the earthen Fort Lowry on the Rappahannock, an actual period cannon and other artifacts of the period.

Rappahannock Voyage: The story of Essex and the River – Experience a century of river traditions with an actual wooden rowing skiff, boat models and a 16-foot-long pictorial map of the river, as well as oyster dredges and artifacts and photos from the steamboat era.

Animals of Essex – A bobcat, a rare white piebald deer and a Canada goose coming in for a landing are just a few of the mounted species that portray the rich wildlife of Essex county. 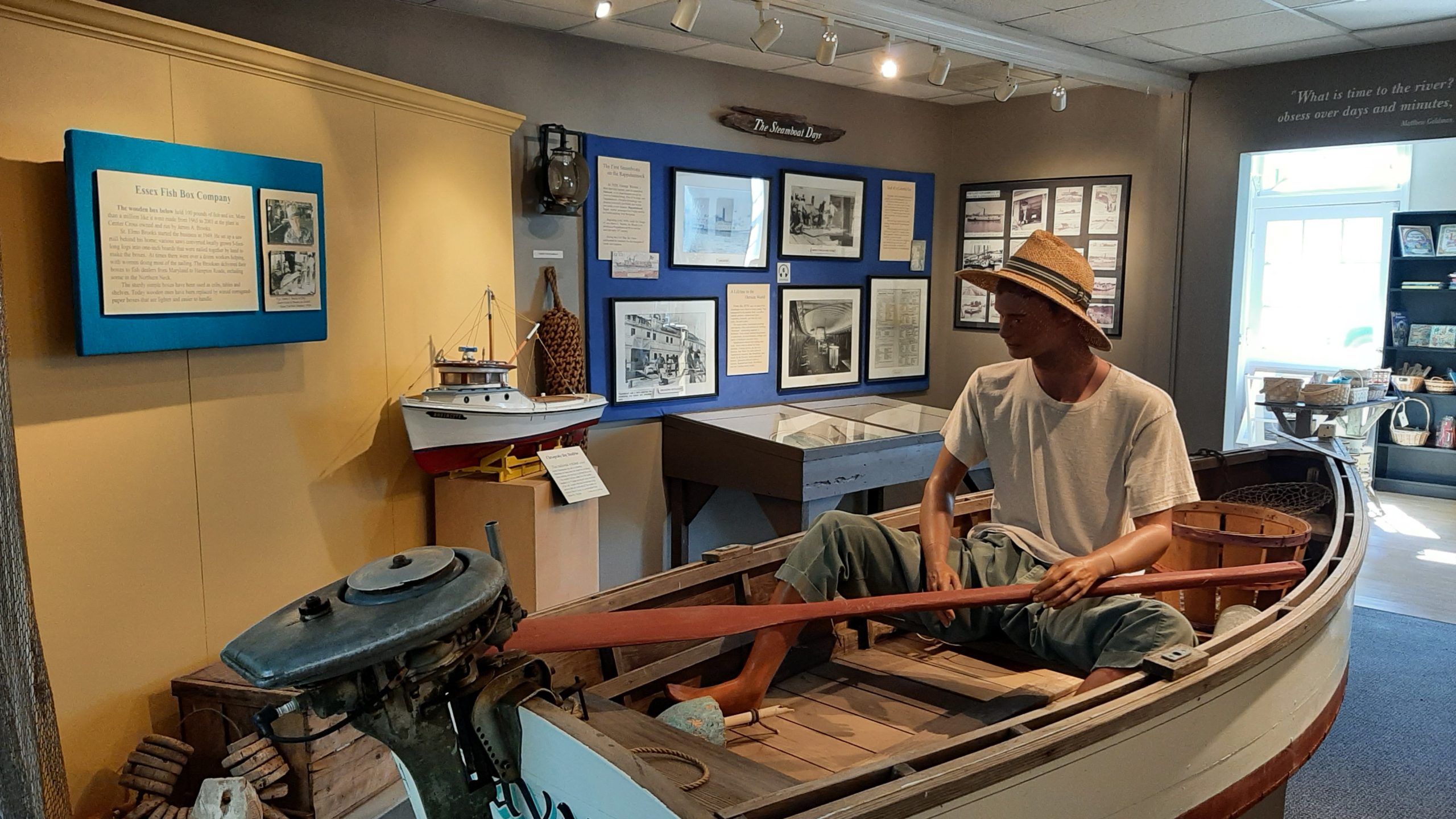 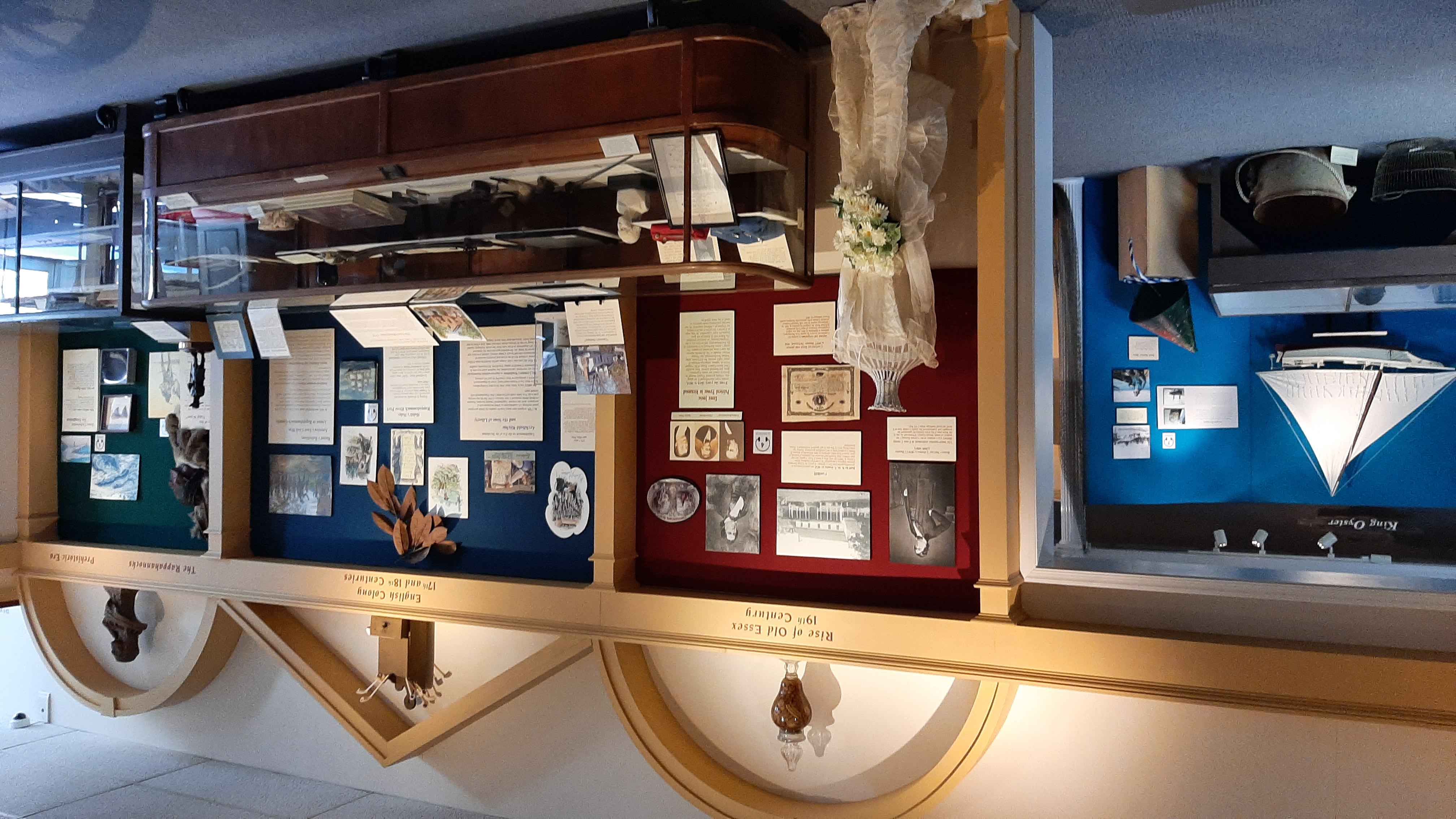 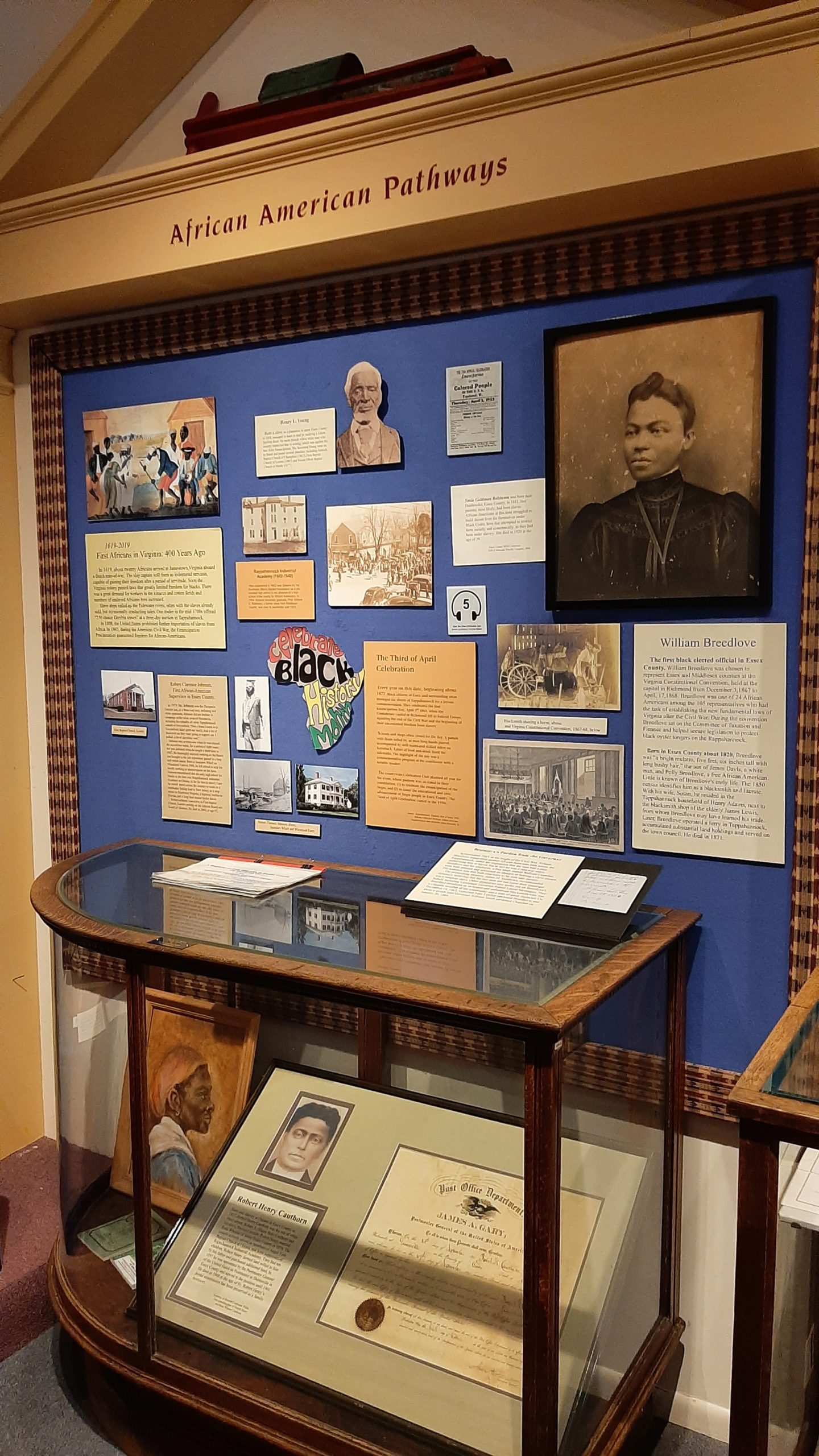 Scroll down for details on each grave.